I experimenting with edge detection in ASCII characters, to use for manipulating text data (for example, creating mazes).

Here was Part I:  http://sevkeifert.blogspot.com/2015/11/i-wrote-that-turns-ascii-tessellation.html

Then I noticed that a lot of character patterns have implied white space, such as a pattern with pipes and underscores.  This pattern contains visual whitespace, but no actual whitespace character data: 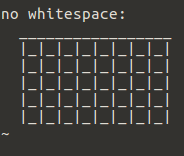 So, here's an experiment to generalize the parser to handle cases like this.  The simplest approach I found was to add an option to  translate all characters into an exploded map of the data.  One character can translate to a block of 9 characters that represent the solid and non-solid properties of the font shape.  For example: 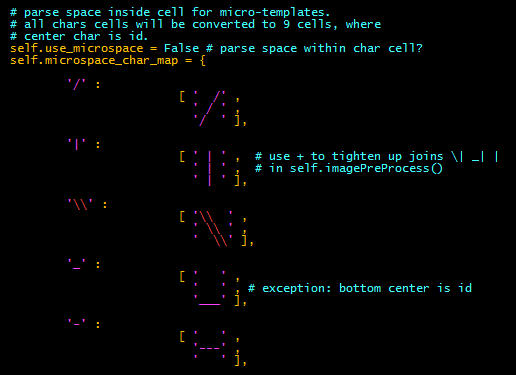 Then, the edge detection code works as usual, just in an exploded view of the ASCII data.

1. First transform text to exploded view
2. Parse as usual
3. Then apply an inverse transform to collapse back to normal. 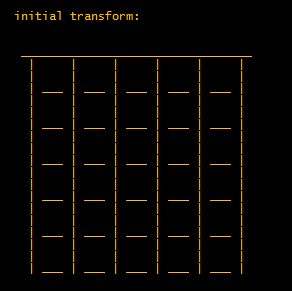 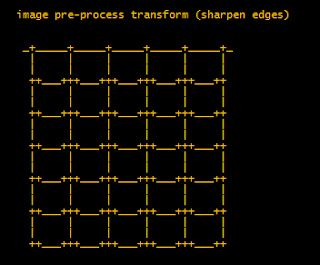 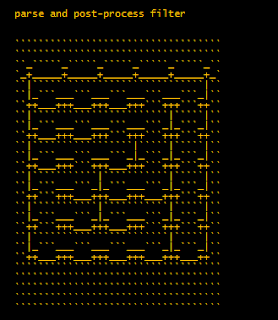 Then I added some code to detect the "outside" of a shape.  Also, I added pre and post image filtering rules, so loose edges like /_ can be automatically detected and closed.

Here's another example parsing implied whitespace in a template: 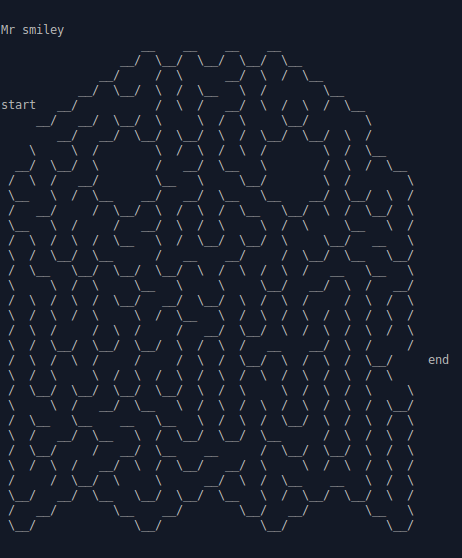 
Now, the parser can automatically detect inside/outside of closed shapes.

summary:
~ means outside of shape
` means don't use whitespace

For example, to protect the closed shape of the eye, add a ~ inside of it: